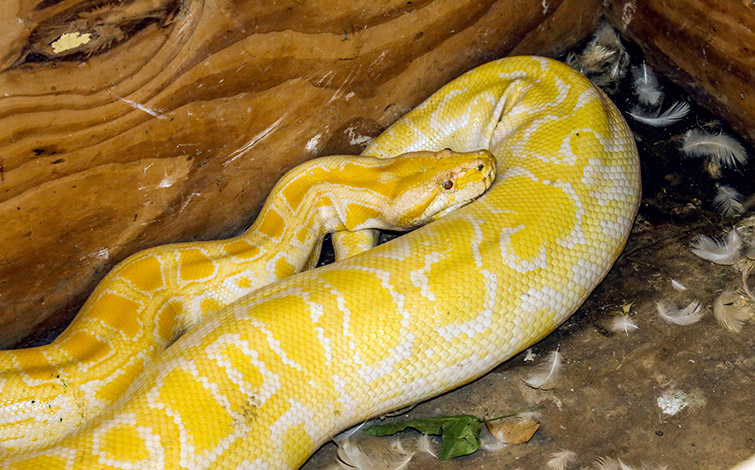 The Burmese Python is the largest subspecies of the Indian Python and one of the 6 largest snakes in the world. It is native to a large variation of tropic and subtropic areas in Southern and Southeast Asia. They are often found near water but are semi-aquatic, so they can also be found in trees. The captive breeding of Burmese Pythons in the Americas has led to some rather serious problems. People who grow tired of their pythons, or whose pythons have grown too large to be kept in their houses, have been known to release their pets into the wild rather than have them re-homed or even simply killing them and then burying or throwing away the body. This has been particularly problematic in Florida where a large number of pythons have made their way to the Everglades.